Nashville would not be same without the sound of live singing and music. This live singing and music is not always from famous stars. In fact, most of the melodies you hear coming from the streets of Nashville are from up and coming hopefuls and no-name street hustlers. There is some real talent on these streets just waiting to be discovered. Those who follow this blog remember me meeting a talented young man in downtown Nashville who goes by the name Connor Ashe. He is the perfect example of the talent you will find on the streets of Music City. You can read about my interaction with him and see his portrait here. This short post has a few images from my outing during the Hockey All-star weekend that show some street performers doing their thing.

This first gentleman is not your typical Nashville street performer. He isn’t singing country or rock and he does not have a guitar. Technically the only musical instrument he had was drum sticks. Don’t let the buckets fool you. This guy was playing a really cool rhythmic beat. He brought back memories of my high school marching band days.

In my previous post, I took a picture of a family looking down at the sidewalk. I mentioned that they might be watching a street performer setting on the ground playing a guitar and singing. It wasn’t obvious in my shot exactly what they were doing. I believe this next guy was who they were watching. 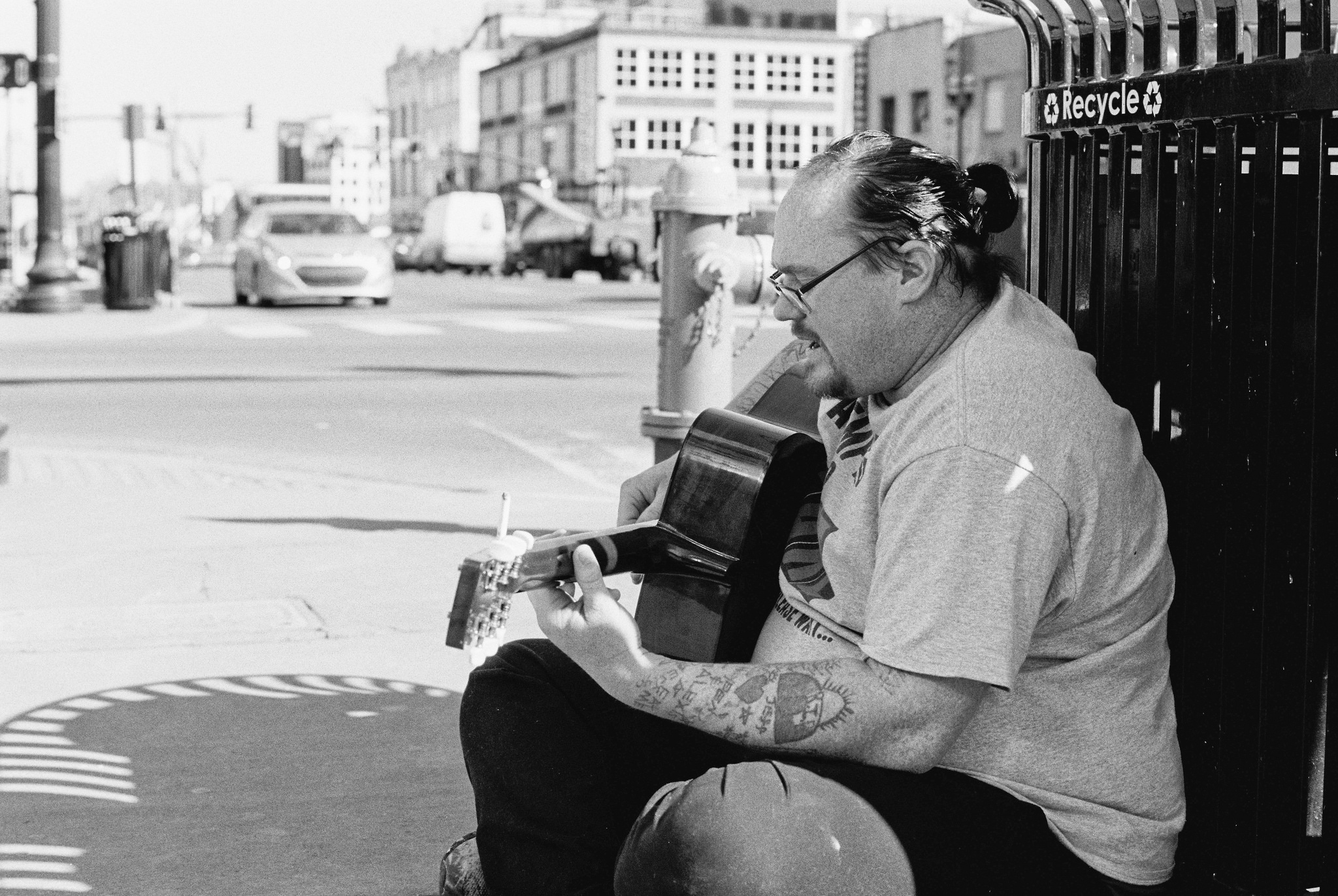 The old timer below was playing his heart out. I manage to capture him during a soulful moment. You know you are feeling it when you have to close your eyes. 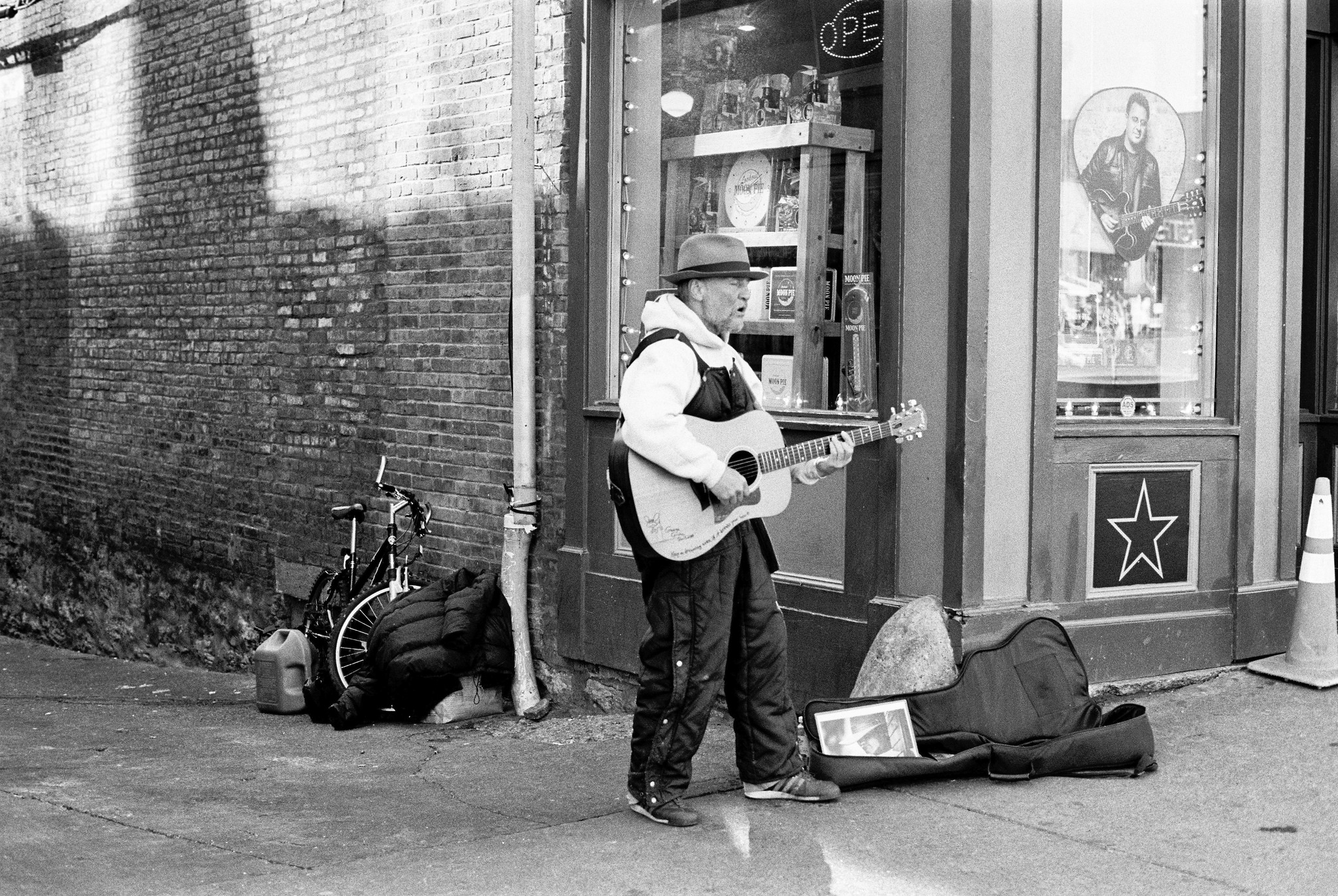 It must have been break time for this next performer. I am sure he or she was nearby. 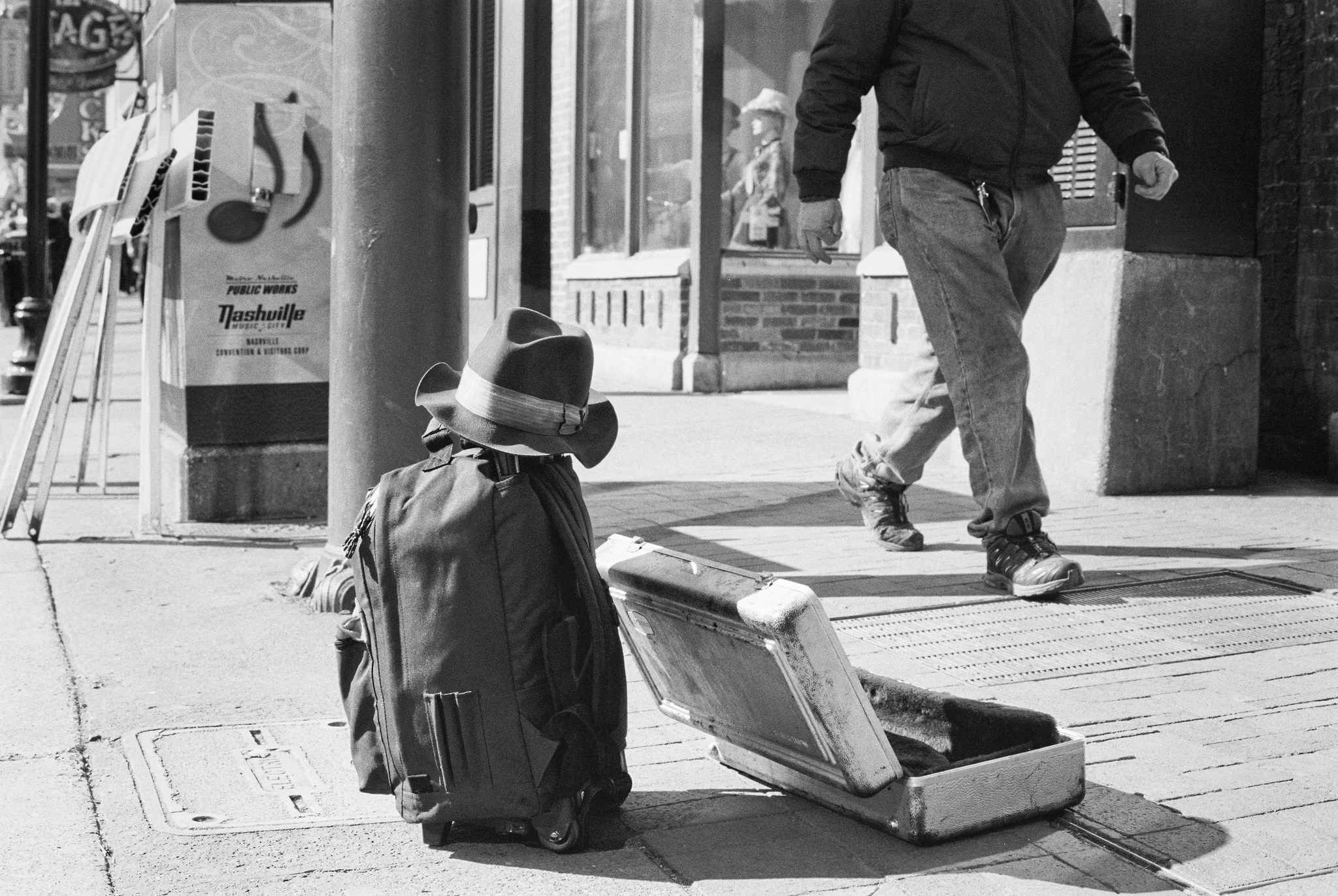 As always, thanks for stopping by! My next post will showcase hockey fans.