“Give me liberty, or give me death!”

Most of us have heard this quotation from Patrick Henry. As a citizen of the US, I find this declaration to be extremely important and relevant. I enjoy the freedoms that are afforded me by our constitution, and I understand the price that was paid and continued to be paid for me to keep these freedoms. While we have to remain vigilante on protecting our liberties from foreign enemies, I believe a closer eye must be kept on our domestic enemies. The list of encroachments from our governments, local and federal, is long. A growing number of people believe the latest encroachment has come in the name of the coronavirus, convid-19. This brings me to the gist of this post. Thus far, our freedoms still include the ability to peacefully protest. Protesting our government is at the heart of the American Way. 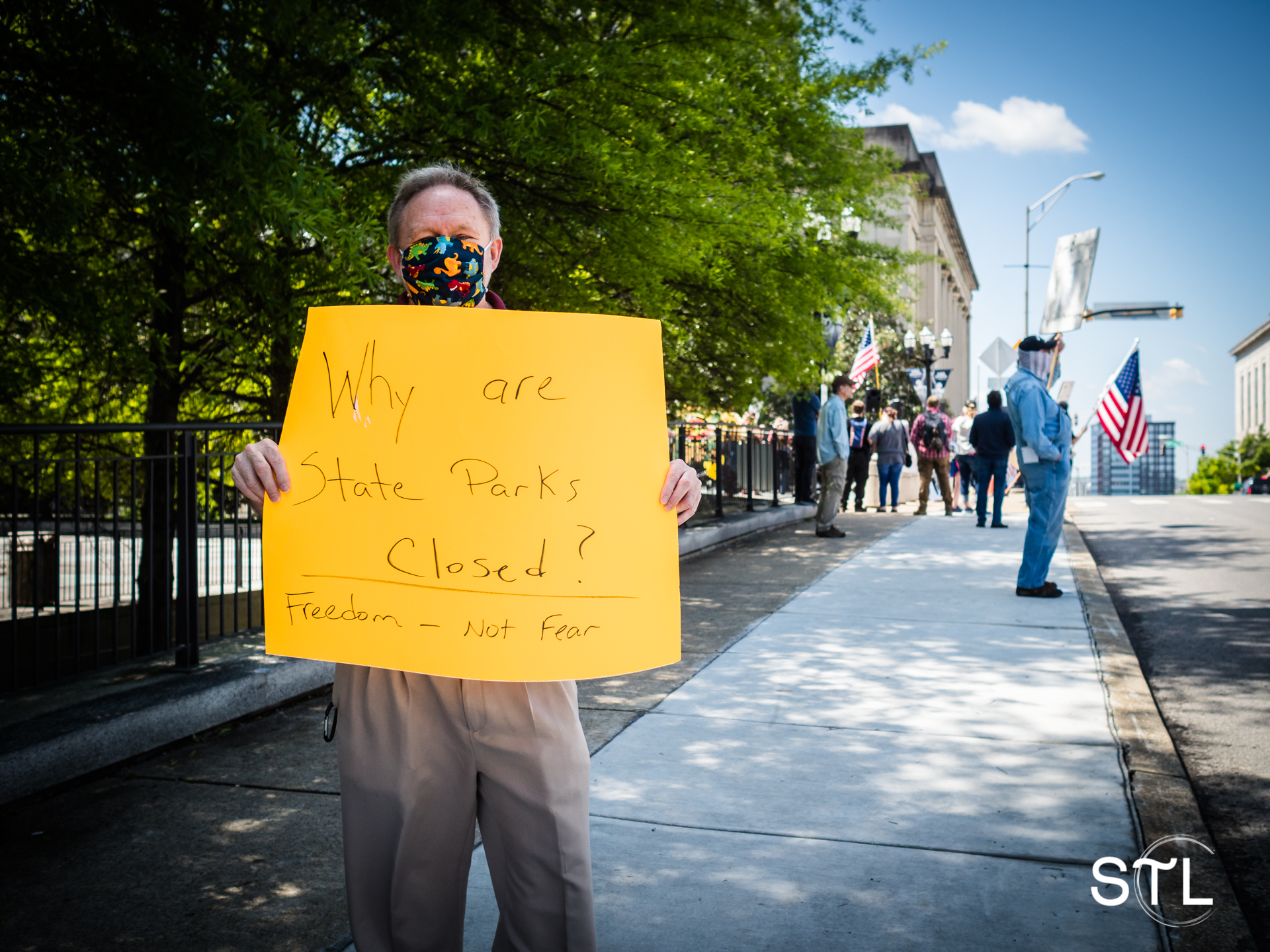 These last few photos are of a gentlemen I noticed off in the distance standing in the middle of Legislative Plaza. I thought he looked rather peculiar. As I got closer to him, I could hear him speaking, but I never could understand what he was saying. He appeared to be wearing some type of sign. I came in for a close shot from behind. He did not know I was there. When I came around to the front, he lunged at me and told me to get out of his face. I definitely understood that! I immediately stepped back. This man must have had some interactions with other people, because there were two state troopers nearby keeping a close eye on him. After retreating, I used a telephoto lens for one more shot.

It was a nice day for a protest and a nice reminder why I love this country! I believe we all need to have a healthy amount of skepticism when it comes to trusting the government. After all, the projected numbers for this virus were grossly miscalculated. President Ronald Reagan said it best when he said,

“The most terrifying words in the English language are: I’m from the government and I’m here to help.”

It appears the governor of Tennessee is going to open up the state next week with the exception of the more populated areas that still need time to flattened the curve. I think the American people understand the issue at hand, and I believe the American people understand the precautions that need to be taken as we head back to a sense of normality. Thanks for taking the time to read my post. To catch my next protest, subscribe to my blog or Like and Follow my Facebook page at Shuttering Thru Life.

Here’s a documentary video from the second protest.